Posted on January 2, 2014 by Center for Bioethics and Social Justice

On November 22, 2013, 23andMe (the leading direct-to-consumer (DTC) genetic testing company), received a “Warning Letter” from FDA—a first for the DTC genetic testing industry. In this letter, FDA requested that 23andMe discontinue marketing its personal genome service until further authorization and end its TV campaign excerpted above (now the YouTube video is marked “private”). 23andMe’s official FDA response might not be public, but on December 5, 2013, 23andMe did announce publicly that it was going to stop selling new customers its DTC health-related genetic test. Unlike, for example, an X-ray, “DTC” tests are those available directly to purchasers, like a pregnancy test. While there are many benefits to having certain diagnostic tests available directly to consumers without a trained intermediary, there are also concerns about giving laypersons medical information without specific guidance from a healthcare practitioner.

This is not the DTC genetic testing industry’s first tango with the U.S. federal government. In 2006 the Government Accountability Office (GAO) released a report on nutrigenetic testing which found that companies were selling $1,200/year vitamins (actually worth $35/year in a local drug store) to “fix” DNA. In 2010 a GAO investigator was advised by an industry representative that her BRCA mutation, associated with an increased risk of breast cancer, meant that she was “in the high risk of pretty much getting” the disease (GAO did not reveal company identities for either of its reports).

In fact, just a few years ago, nearly thirty DTC companies offered 400 discrete genetic tests—until Pathway Genomics announced in 2010 that it was going to start offering its previously web-based product in Walgreens across the country. This got the attention of FDA, which eventually sent 23 “Untitled Letters” (for a violation not quite as significant as those triggering a “Warning Letter”) stating that these products were in fact medical devices and had to receive FDA clearance or approval. Soon thereafter many DTC genetic testing companies either altered their model by requiring a physician order or collapsed entirely—leaving 23andMe to dominate the industry.

As of today, for the same $99, 23andMe is selling an analysis of your ancestral origins and lineage  and “raw genetic data” “without 23andMe’s interpretation” but have suspended their health-related genetic information service “to comply with [FDA’s] directive to discontinue new consumer access during our regulatory review process.”

FDA’s jurisdiction hinges on whether the 23andMe’s product can appropriately be considered a medical device under the Food, Drug, and Cosmetic Act. There has been a lot of interesting debate in the tweetisblogosphere regarding whether 23andMe is marketing their test as their terms of service state, for “research and educational use only,” or, as the TV adds promised, to tell you “hundreds of things about your health” so you can do things “a little differently.” But another possible consequence of 23andMe canceling their health analysis is the unintended encouragement of a new DTC genetic industry—one providing genetic medical information only.

Last year, Gene By Gene started the trend by offering consumers genomic sequencing only: a raw data file of As, Ts, Cs, and Gs without any interpretation. Think this. But, for the majority of consumers, raw sequence data services require a parallel offering of interpretation-only services to provide a marketable product.

FDA has stated that it’s not interested in regulating raw genomic data as a medical device, but entities that provide genomic interpretation (see, e.g., openSNP) can reveal more sensitive medical information about an individual’s propensity to develop disease and pharmacogenomic information about the efficacy of particular drugs given a particular genetic makeup—which places these services squarely within FDA’s area of interest. 23andMe has always offered customers their raw data as part of its package, but it’s the genetic risk and drug responses (i.e., analyzed information) that FDA cited as concerning in its letter.

But just as FDA begins to seriously grapple with the DTC genetic testing industry, open-source, web-based platforms that interpret genomic data free of charge are going to pose further challenges to the limits of FDA’s ability to regulate (potentially non-commercial) speech, and effectively utilize enforcement mechanisms made for tangible money-making products on information and open-sourced platforms.

The interpretation of FDA’s Warning Letter may be clear, but the future of DTC genetic testing might instead lie in how you interpret the letters “A, T, C, and G.”

(Still interested? Read more on the topic from me and my co-author Lizzy Pike here). 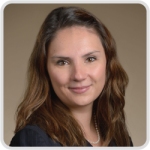 Kayte Spector-Bagdady, J.D., M.Bioethics, is Associate Director at the Presidential Commission for the Study of Bioethical Issues where she managed the Commission’s reports on Privacy and Progress in Whole Genome Sequencing and Anticipate and Communicate: Ethical Management of Incidental and Secondary Findings in the Clinical, Research, and Direct-to-Consumer Contexts.*

Join the discussion! Your comments and responses to this commentary are welcomed. The author will not, unfortunately be able to respond to all comments, but will read input with interest. With your participation, we hope to create discussions rich with insights from diverse perspectives. You must provide your name and email address to leave a comment. Your email address will not be made public.

* The findings and conclusions in this blog are those of the author and do not necessarily represent the official position of the Presidential Commission for the Study of Bioethical Issues or the Department of Health and Human Services. Use of official trade names does not mean or imply official support or endorsement by the author.

About Center for Bioethics and Social Justice

The Michigan State University Center for Bioethics and Social Justice is dedicated to the pursuit of equitable, inclusive, and just healthy societies through education, research, and engagement.
View all posts by Center for Bioethics and Social Justice →
This entry was posted in Bioethics in the News and tagged 23andMe, bioethics, Bioethics in the News, DNA, FDA, genetic testing, genomic sequencing, Kayte Spector-Bagdady, Presidential Commission for the Study of Bioethical Issues. Bookmark the permalink.

1 Response to Welcome to FDA Enforcement