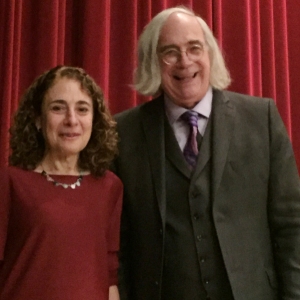 On February 29, 2016, Center for Ethics Professor Dr. Leonard Fleck served as the moderator for a World View Lecture Series presentation given by Dr. Elisabeth Rosenthal, a very well respected journalist who has been with the New York Times since 1994. She has been the recipient of many journalism awards, including the prestigious Victor Cohn Prize, awarded for a series of eight reports and a dozen companion articles under the title “Paying Till It Hurts.” In that series Dr. Rosenthal explored in painful detail the problem of escalating health care costs, told largely from the perspectives of patients who had to bear those costs. The series attracted literally tens of thousands of comments, the most for a series in the New York Times.

The “Paying Till It Hurts” series was also among the readings for MSU medical students in the health policy module of the course that Dr. Fleck directs. “Physicians have some ability to be advocates for their patients when it comes to excessive prices for drugs and services, but first physicians need to know about those prices and how patients are affected in terms of access to needed care,” Dr. Fleck commented.