Rights and Responsibilities at the End of Life

This post is a part of our Bioethics in the News series.

Questions about end-of-life care are always vexing, but a recent article in U.S. News and World Report suggests that cancer patients continue to receive useless but harmful treatments at the end of life (Thompson, 2016). A new research study presented at the American Society of Clinical Oncology’s (ASCO’s) annual meeting revealed that a big part of the problem comes from a lack of meaningful dialogue among physicians, patients, and family members. Indeed, in many cases, serious discussions never take place. Dr. Ronald Chen, a radiation oncologist at the University of North Carolina’s Lineberger Comprehensive Cancer Center, and his colleagues examined de-identified claims data from patients younger than 65 with advanced cancer who died between 2007 and 2014 and were enrolled in Blue Cross Blue Shield insurance plans. They found that nearly three-quarters of patients with a variety of advanced cancers received aggressive care within the last 30 days of life—a proportion that remains virtually unchanged even after the ASCO issued warnings to physicians about the harm of such treatments in 2012 (Begley, 2016). Unfortunately, these treatments are not only unlikely to help but can be quite harmful. Andrew Epstein, an ASCO palliative care expert, explains, “Much more often than not, these types of care at the end of life are not helpful, and they are emotionally and physically harmful for patients, and emotionally harmful to the patients’ loved ones” (Thompson, 2016).

Image description: an image of Rosie the Riveter is combined with a pink ribbon representing breast cancer awareness, and text that reads “we can do it.” Image source: Flickr user Beverly & Pack.

The ASCO’s “Choosing Wisely” guidelines encourage physicians not to perform invasive procedures or try last-ditch chemotherapy and radiation regimens when patients are already significantly debilitated and unlikely to benefit. But, although the ASCO has encouraged end-of-life discussions, experts on end-of-life care worry about evidence that most terminally ill patients don’t even know they are in their final days. A separate study recently published in the Journal of Clinical Oncology found that only 7% of patients who had scans, knew their cancer was quickly progressing, and discussed their prognosis with a physician acknowledged that they likely had mere months to live. Physicians frequently used overly optimistic language, and patients did not press their physicians for more information or explanation. As Holly Prigerson, an expert on end-of-life care at Weill Cornell Medicine, suggested, oncologists are generally “very reluctant to put a number on how long patients to have live” (Epstein et al., 2016). This reluctance likely stems from a fear of being characterized as overly pessimistic or as giving up on patients too quickly. Thus, we are left with the question of what to do with the results of these two studies. Why are physicians and patients so reluctant to discuss end-of-life choices and care options?

I believe there are two primary issues at play here. First, there appears to be unwillingness on the part of physicians to broach difficult subjects. It is especially problematic that despite general professional agreement about the need for less aggressive end-of-life care physicians routinely fail to have frank discussions with patients and steer them toward appropriate palliative options. I surmise that part of what is going on here has to do with the difficulty of changing perspectives. Few physicians would voice disapproval for palliative care in theory, but it is difficult to give up the fight and focus only on palliation. The medical community wants to “beat” cancer, not admit defeat. The culture of cancer has been shaped by a warrior myth whereby giving up on a cure is unacceptable. The only acceptable response is to fight the cancer to the very end, even if that fight requires significant sacrifices. No doubt, cancer culture is fueled by the general public’s expectations as well (Page, 2015); but, since physicians ultimately control access to aggressive care, they must take a large share of responsibility for the warrior ethos. Physicians would have great social power if they presented a united front in favor of palliative care. 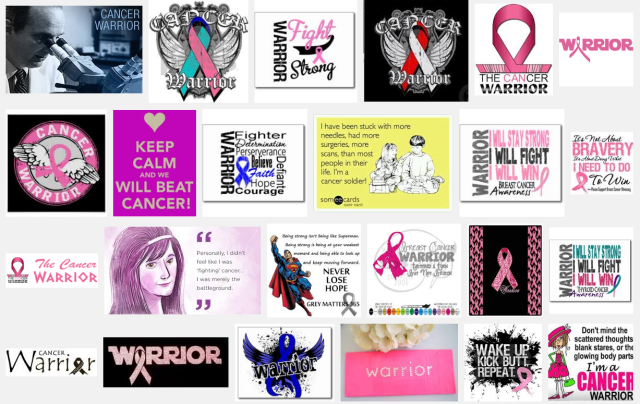 But, it is not enough for physicians to endorse and openly encourage palliative care. Secondly, we must consider what rights and responsibilities patients have when faced with critical illness. Too much of the discussion about end-of-life care to date has focused exclusively on the rights of patients to seek last-ditch treatment options. There is less discussion about patients’ right to receive comprehensive hospice and palliative care, and there is absolutely no discussion about the responsibilities patients have when they exercise their rights. It seems obvious that patients have a right to understand their prognosis and make informed decisions, but what of their responsibilities? Patients have a concomitant responsibility to be informed consumers when they seek care in accordance with their individual capacities. Part of becoming an informed consumer is recognizing that there will come a time in life when modern medicine no longer has an answer. That time may be sooner or later than a patient anticipates, but it will assuredly come. Preparation for these decisions is a patient’s responsibility. I would argue that current social pressures on patients to be so-called warriors who give up everything for a cure—no matter how unlikely or far-fetched said cure is—both limit individual choice (Page, 2015) and simultaneously allow patients not to discharge their responsibilities as informed consumers.

Remedying current end-of-life care challenges requires changes in attitude and behavior on the part of physicians and patients. Physicians have a professional responsibility to educate themselves and to offer patients reasonable treatment options—options that will most likely be palliative rather than curative. But, patients also have a role. They have a responsibility to think about end-of-life decisions. As human beings, we know our time is inevitably finite. We have a responsibility to prepare for end-of-life choices in the same way that we make plans for dependents, write wills, and purchase life insurance. Now, we just have to find ways to change behavior. So, to start the discussion, I am asking, “How can we collectively speak out against the current cancer warrior culture and help physicians and patients appreciate their rights and responsibilities?”

Hannah Giunta is an eighth year DO-PhD student at Michigan State University. She received her MPH in May 2015 and her philosophy PhD in May 2016. She is currently completing her medical school clerkships.

Join the discussion! Your comments and responses to this commentary are welcomed. The author will respond to all comments made by Thursday, July 7, 2016. With your participation, we hope to create discussions rich with insights from diverse perspectives.

6 Responses to Rights and Responsibilities at the End of Life