Religious Coercion of Physicians: Whose Conscience Is It Anyway?

Posted on January 23, 2020 by Center for Bioethics and Social Justice

Neil Mahoney is 64 years old and has a terminal cancer with a predicted life expectancy of 4-16 months. He lives in Colorado, a state that approved an aid-in-dying law in 2016. His physician is Dr. Barbara Morris, 65, a geriatrician whom he has asked to provide him with the drugs needed to end his life. She has agreed to do just that.

However, Dr. Morris works for the Centura Health Corporation, a Catholic-Adventist hospital system. Dr. Morris was fired from her position when it became public knowledge that she was willing to help Mr. Mahoney to end his life. We should note that she had no intention of doing this within the walls of the hospital or any of its facilities. She would accomplish this in the privacy of Mr. Mahoney’s home. 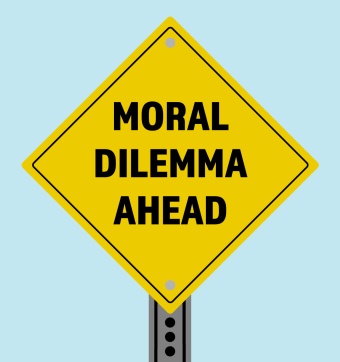 In justifying its firing, the hospital CEO said Dr. Morris could be fired for “encouraging” the patient to pursue aid-in-dying, even if she never actually provided or assisted in any other way his accessing the drugs he requested. The CEO cited as a basis for this position the Ethical and Religious Directives for Catholic Health Care Services. The directives state that Catholic health care providers (which include everyone working in the institution, whatever their religious commitments or lack thereof) “may never condone or participate in euthanasia or assisted suicide in any way” (emphasis mine). Instead, “patients experiencing suffering that cannot be alleviated should be helped to appreciate the Christian understanding of redemptive suffering.” Alternatively, the care of that patient should be transferred to another provider, presumably one willing to respect the choice of someone like Mr. Mahoney.

It should be obvious that there is something ethically incongruous about this position. Imagine my walking into a Catholic gun shop in a horribly depressed state of mind and asking the owner to sell me a gun so that I could blow my brains out. He expresses compassion for my awful life circumstances, urges me to seek psychiatric care, then explains that as a Catholic he could not sell me that gun, knowing my intention. Having said all that, he informs me that a mile away is another gun store owned by an atheist who would have no qualms about selling me that gun. Given his religious commitments, would sharing such information be ethically justified?

Let’s translate the answer to that rhetorical question into Mr. Mahoney’s situation. He went to that hospital to get care for his cancer. He did not go there to receive aid-in-dying. However, imagine this situation. His cancer treatment at the hospital is failing miserably. At this point he does request aid-in-dying since he has no interest in redemptive suffering, either for himself or anyone else.

The hospital could transfer him to another hospital where his wish could be fulfilled. However, that sounds like the situation of our Catholic gun shop owner. Alternatively, they could explain to him that it would be contrary to their corporate conscience to effect that transfer. In addition, they believe several doses of redemptive suffering would be therapeutic for his spiritual well-being.

Mr. Mahoney could retain an attorney who would point out that Mr. Mahoney has the legal right to leave the hospital against both medical and spiritual advice. Other patients, however, who might be in much worse medical circumstances (unable to be transferred) would not be able to exercise that right or the right to access aid-in-dying. That brings us to the crux of this essay.

Whose conscience should prevail in this situation? If a physician or other health professional were asked to participate in some way in a request for aid-in-dying, and if such participation were contrary to their deeply held religious or ethical beliefs, we (political authorities in a liberal, pluralistic, tolerant, democratic society) would respect those beliefs and allow them to avoid participating. This is equal and reciprocal moral respect. What would that require if Mr. Mahoney were this latter hypothetical patient stuck in that hospital? Perhaps that would require allowing a physician who was not attached to the hospital to enter the hospital for purposes of providing aid-in-dying. It is hard to imagine Centura agreeing to that.

The alternative would be to allow a member of their medical staff who believed providing aid-in-dying to a patient in these circumstances was both ethically permissible and obligatory to do just that. However, Centura has made clear that no member of that institution would be allowed to do that, thereby imposing their conscientious beliefs on hundreds of staff who might not agree with that belief. This seems contrary to the notion of reciprocal moral respect.

Centura would expect that Catholic physicians in secular hospitals would be allowed to refrain from participating in any act of aid-in-dying. Why not allow non-Catholic physicians (or liberal Catholic physicians) in Catholic hospitals to act in accord with their sense of compassionate conscientiousness in Mr. Mahoney-like situations? There is a political and ethical contradiction here: the hospital is invoking our liberal pluralistic political heritage to secure protection for their conscientious beliefs, but denying that same protection to staff and patients within their walls who disagree with that religious commitment.

The hospital might portray itself as a “religious institution,” though this is misleading at best. It is not a church whose membership is comprised of individuals who freely choose to endorse a specific faith perspective. Hospitals, whether having any religious affiliation or not, are public institutions accepting public money (Medicare, Medicaid, etc.) to care for patients with or without any religious faith. People seek health care in those institutions, not spiritual guidance, and certainly not spiritual coercion.

Noteworthy in today’s health care environment is the acquisition of smaller hospitals by larger hospital chains, including Catholic hospitals absorbing secular hospitals and imposing a Catholic identity on them. Almost 20% of all hospital beds in the United States today are under Catholic auspices. Beyond that, these hospital chains are buying up all sorts of medical practices as a way of assuring a steady (and profitable) stream of patients and patient revenue. In effect, patients are being drafted (unbeknownst to themselves) into a religious environment, potentially to become soldiers in the cause of redemptive suffering.

More problematic, as noted earlier, was that Dr. Morris was going to provide aid-in-dying in the privacy of Mr. Mahoney’s home. Mr. Mahoney was likely not a saint. Still, it is unconscionable that he would have to undergo redemptive suffering for the sake of an institution to which he owed no allegiance to satisfy the conscience of that institution and its CEO.

Finally, a Canadian Catholic hospital was recently legally obligated to make available aid-in-dying to patients in accord with Canadian law. That service would be provided in a building adjacent to the hospital and owned by the hospital. Physicians employed by the hospital would be free to provide that service. This, I conclude, is a reasonable compromise that reflects mutual moral respect regarding an ethically complex situation rather than uncompromising redemptive religious righteousness. This also represents the equal political respect required for the peaceful functioning of a liberal pluralistic society and health care system.

Join the discussion! Your comments and responses to this commentary are welcomed. The author will respond to all comments made by Thursday, February 6, 2020. With your participation, we hope to create discussions rich with insights from diverse perspectives.

More Bioethics in the News from Dr. Fleck: Health Care and Social Justice: Just Take Two Aspirin for Your Tumor If You Cannot Afford Your Cancer Care; Medicare For All: This Is Going to Hurt; Greed Is God: The Divine Right to Avaricious Drug Pricing; Gene Editing: God’s Will or God’s Won’t

About Center for Bioethics and Social Justice

The Michigan State University Center for Bioethics and Social Justice is dedicated to the pursuit of equitable, inclusive, and just healthy societies through education, research, and engagement.
View all posts by Center for Bioethics and Social Justice →
This entry was posted in Bioethics in the News, Uncategorized and tagged aid-in-dying laws, bioethics, Bioethics in the News, Catholic hospital system, hospital systems, Leonard Fleck, medicine and religion, physician aid in dying, religion, terminal patients. Bookmark the permalink.

1 Response to Religious Coercion of Physicians: Whose Conscience Is It Anyway?